Interior Styling Through a Designers Eyes 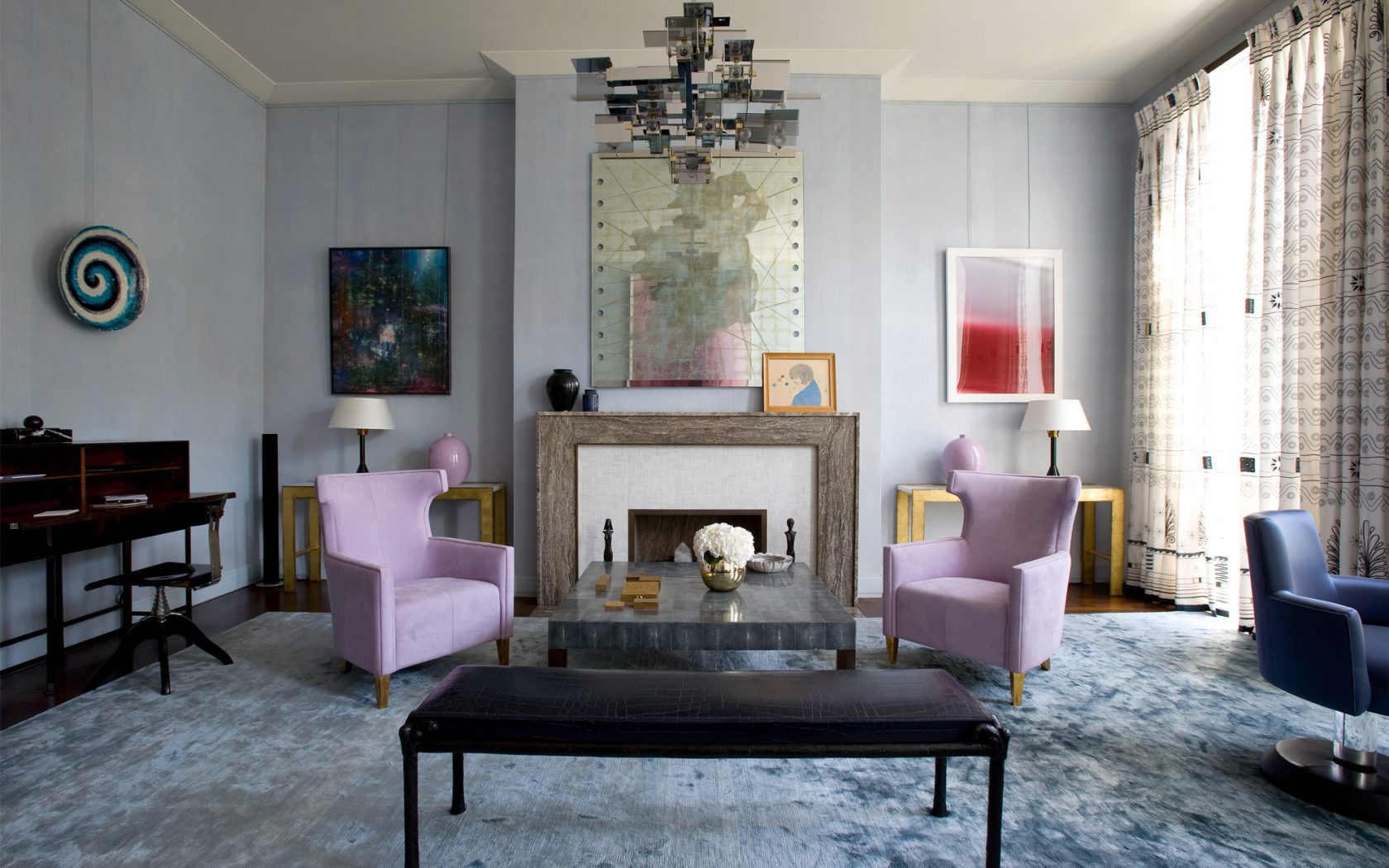 Interior styling is a subtle art. Bringing together furnishings and finishes to harmonious effect is a large part of the process, but an interior can be won or lost in the details. “Many of my clients believe that hard furniture, such as sofas, coffee and dining tables will be enough to enhance their property. But in my experience, it is all in the accessories, cushions, rugs, artwork and mirrors that give a property an edge over the rest and stand out from the crowd,” – Kate Haynes, Stylist at EHG Home. Indeed, interior styling is a fundamental part of the interior design process, requiring sensitivity and a keen eye for detail. 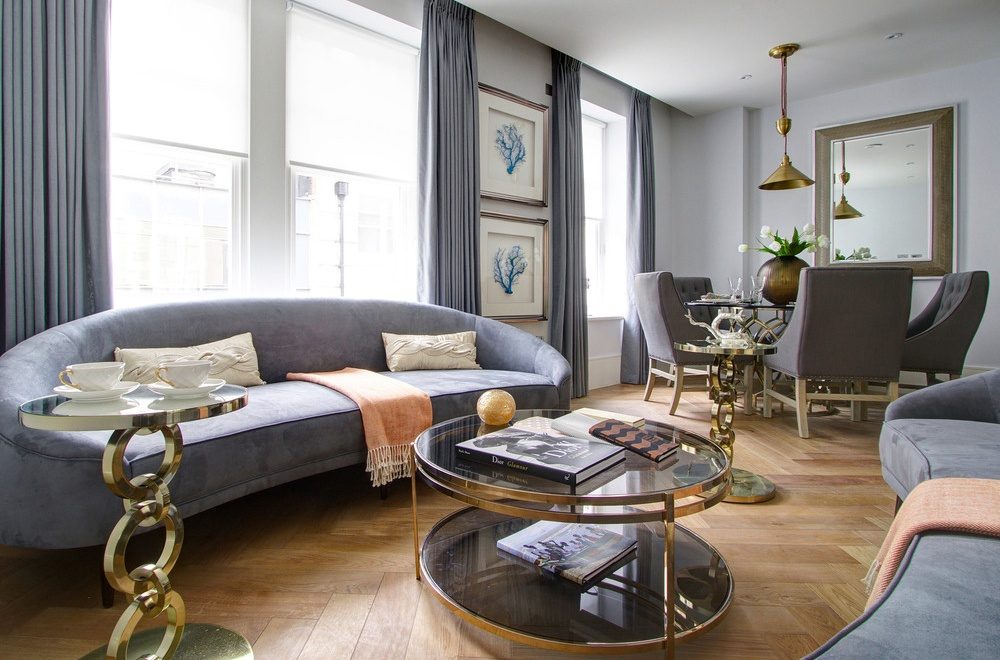 Interior Styling by EHG Home
Despite being the last part of the room to be installed, interior accessories are always considered from the beginning of a project. In fact it is a common practice for interior designers to request their clients bring a few treasured items to their first meeting, helping to establish the clients visual taste and ultimately the direction the project will take. Of course, these personal objects will ultimately be combined with new finds. Anna Grace from Anna Casa interiors says designers often provide ‘a gentle nudge’ to help clients ‘make brand new discoveries’.

Although many design houses have their own accessories ranges, often the most inspiring items are found from antique markets, boutique stores and trade fairs. Maison et Object is a particular favourite among interior designers with Helen Fewster of Suna Interior Design saying it ‘showcases a really great cross section of products, from all the big players… to the smaller quirkier companies’ Some interior design companies even keep their own stock of unusual pieces to be used for styling. For example, high end interior practice David Collins Studio pride themselves in their collection of rare artwork and objects from 20th Century designers. 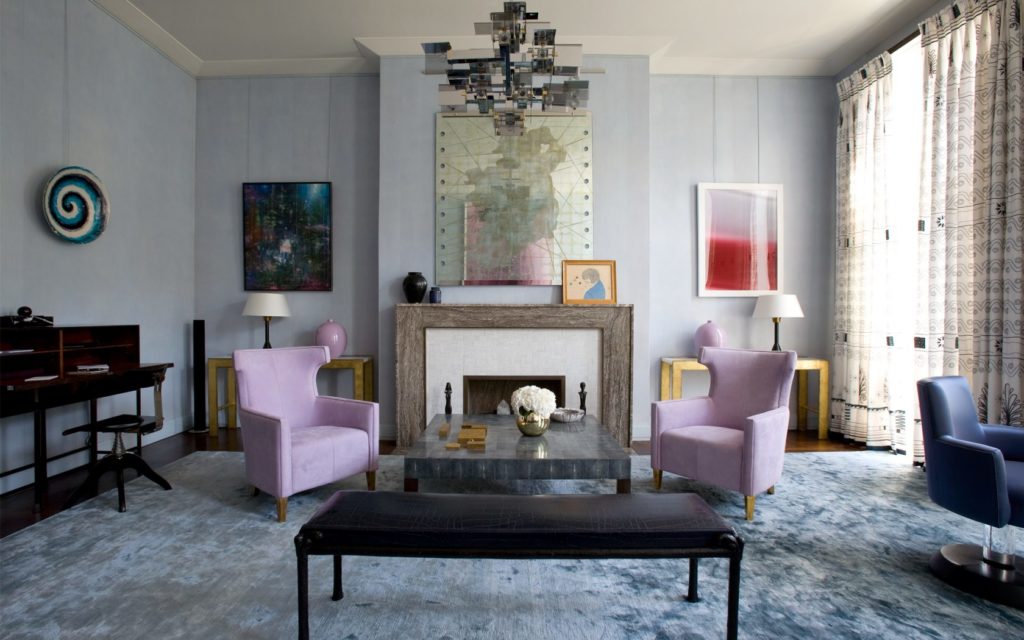 However, ultimately the effectiveness of interior accessories relies heavily on their placement. Those at Oliver Burns suggest ‘Probably the most important thing to remember is that less is more, meaning that accessorising should not descend into random clutter; be selective and chose pieces that you feel are unique to you and your home’ Designers not only consider the colour and style of each piece, but also its scale relative to the room. For example, Morpheous Design state that ‘A large interior space filled with generous sized furniture calls for proportionately large scale accessories, whilst equally intricate and delicate pieces of furniture require accessorising with similarly balanced pieces’. 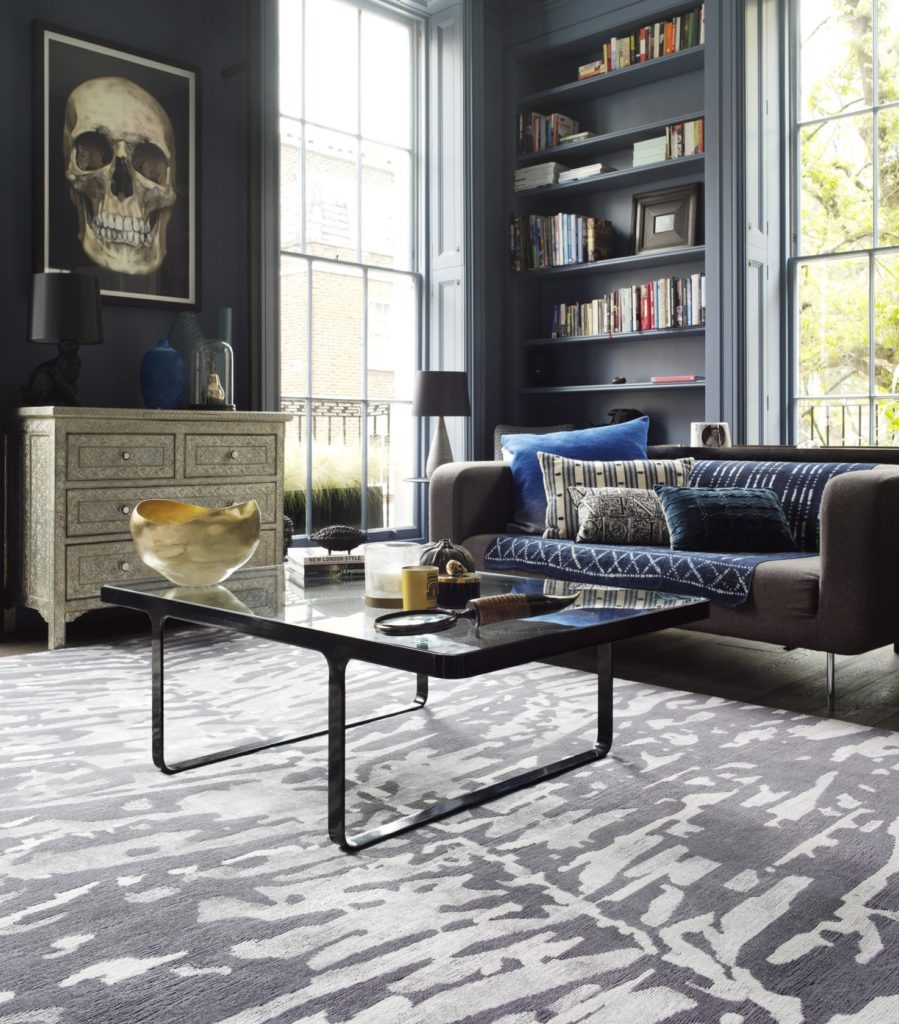 Fern designer rug by Bazaar Velvet
Scale of course is also an important factor in grouping objects. A popular technique is to arrange them in a pyramid like shape, with tall items at the back. Symmetry is often avoided, as is placing items in a straight line; with less predictable layouts often being the most effective. Books, particularly designer hardbacks, are increasingly being featured in high end interiors, as are plants and metallic accents.
Textiles are also an important element of styling, with plain and patterned cushions adding depth to sofas and chairs. However, according to Fine and Country, ‘one of the most powerful ways to accessorise’ is with a designer rug. They can define and unify the space and add interest to its design with an understated elegance.
Over the past few years interior design practices have begun to recognise the importance of interior styling, many now even having their own dedicated team. Through effective styling, a room can become an artwork in itself, and find a unique style to make it truly extraordinary.
Sources:

Get The Latest Updates 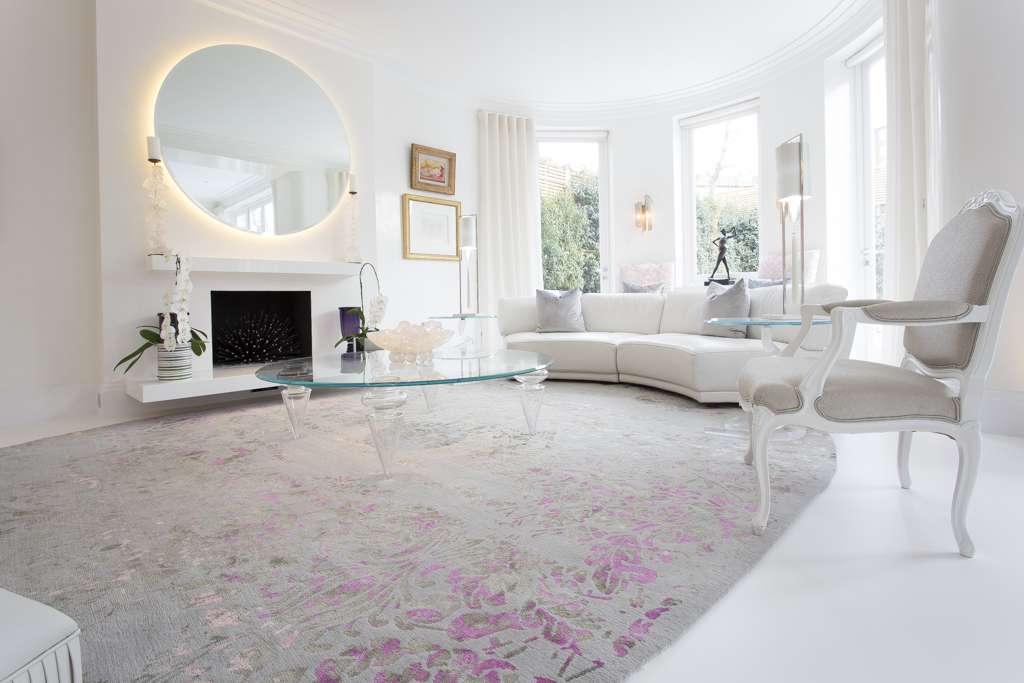 Discover the Many Benefits of a Rug

At Bazaar Velvet, we are passionate about rugs. We have installed our beautiful designer rugs in a huge range of different settings; from classic and 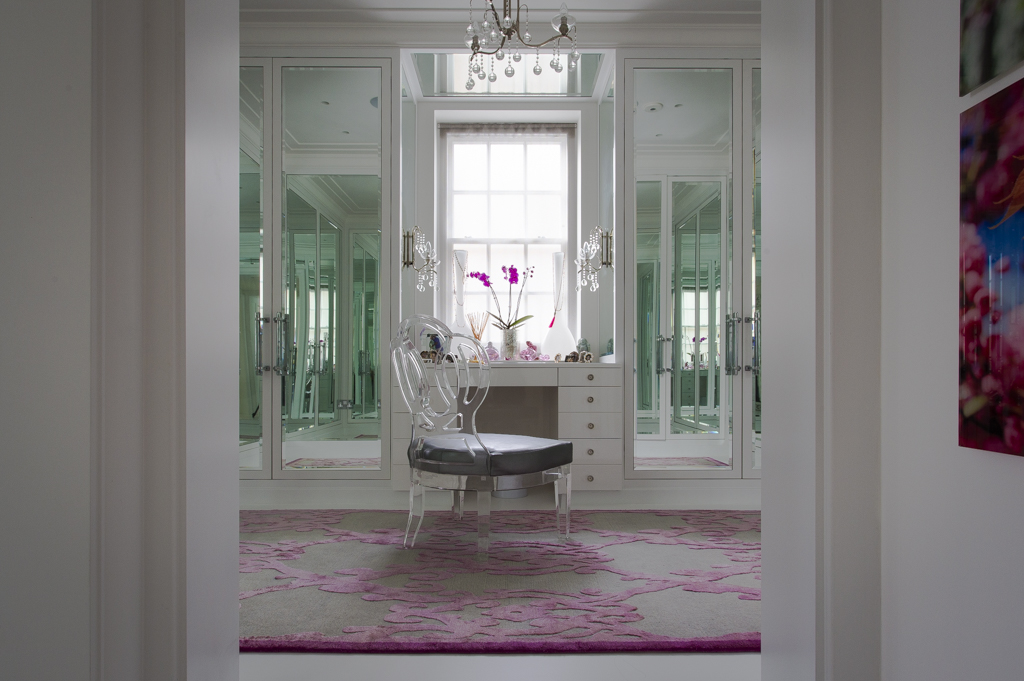 How to Choose a Luxury Rug for Your Room

When considering how to refresh the décor of a room in your home with little effort, an eye-catching rug is an underused element of home 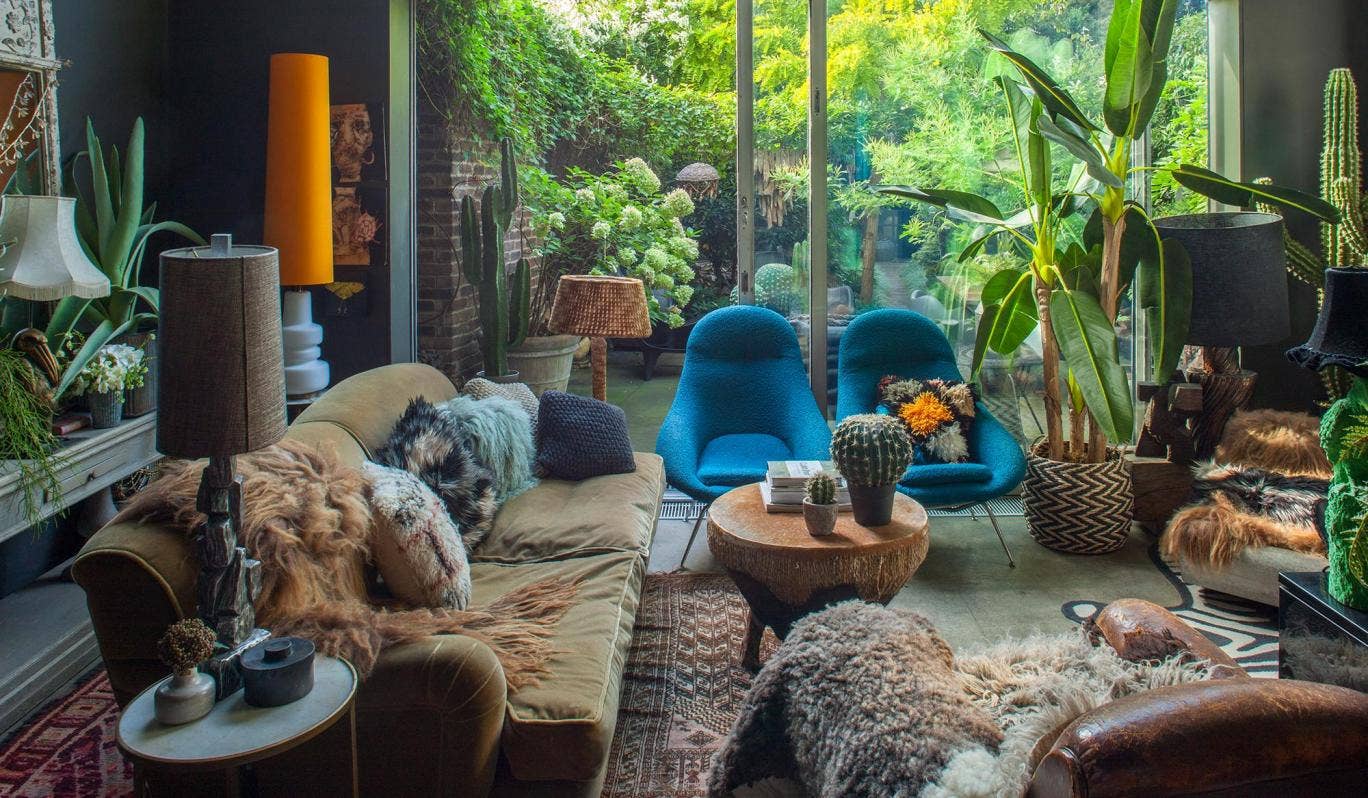 Our homes are our palaces, yet none of us imagined we would be spending as much time in them as we have during the past