From the Ancient Moghul Kingdom come some of the most majestic and mesmerising traditional carpets ever seen. Influences from Islamic Art to Persian Chinese Textiles combine with India’s Hindu background to create the deeply naturalistic designs that are associated with Moghul rugs. At Bazaar Velvet, we are proud to voice that we now have specimens of this glorious art form in stock in our London Showroom.

Origins of the Moghul Rug

Perhaps the most significant figure in the story of the Moghul rug is Emperor Shah Jahan. He continued to expand the already thriving Moghul empire throughout the 17th century, furthering its image of prosperity and success. His influence over art and architecture at the time is not to be underestimated, being the force behind the creation of the Taj Mahal- undisputedly the most iconic building in the whole of India. In time, the Moghul Empire spread from the Asian Steppe throughout the Indian subcontinent from Pakistan and Afghanistan to Bengal. 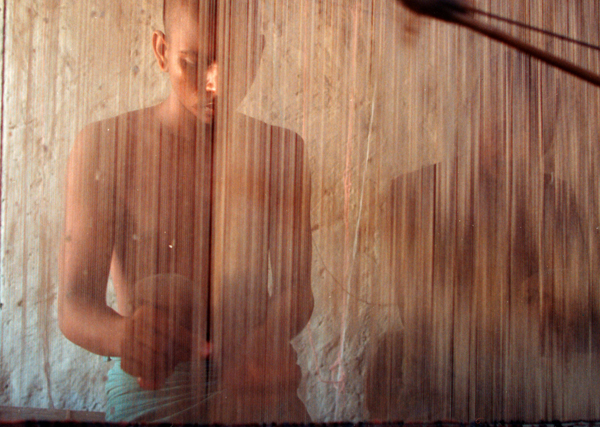 The now Pakistani city of Lahorebecame the first carpet producing centre. The local dyers here were among the most talented in the world and had access to a wide range of natural dyestuff to give the rugs their iconic colour pallets. Reds, yellows, oranges, greens and deep dark blues gave the rugs their uniquely theatrical colour palette, setting them apart from existing interpretations of rug design.Moghul Carpets were also famous for their fine construction, with soft pashmina wool woven onto cotton or occasionally silk foundations. Conversely, the quality of the modern Moghul design rug can vary hugely. The colonization of India by the British lead to them being mass produced using synthetically dyed yarns and machine processes. However, a few companies remain that possess a loyalty to traditional craftsmanship and still produce authenticMoghul rugs today. The pieces at Bazaar Velvet are such examples – created using vegetable dyes combined with a wash of red Rajasthan clay. 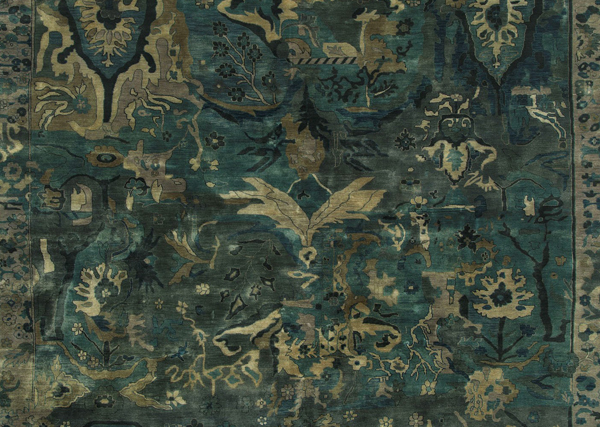 The impressive motifs found on the traditional Moghul make it one of the most fascinating types of decorative rug. The stunning beauty of the natural world provided endless inspiration to weavers, who focused on the gorgeous tropical plants and flowers that inhabitedtheir surroundings. Trees and vines are often found climbing across the surface of a mogul design or sprays and vases used as grand centrepieces. However, perhaps the most dramatic and vivacious of the Moghul rugs are those featuring ferocious wild beasts. Tigers and Cheetahs were particularly prevalent, symbolising strength and majesty. All the natural forms found on the traditional Moghul rug are represented in a two-dimensional stylised form yet possesssurprising detailswhich only add to their sense of intrigue. 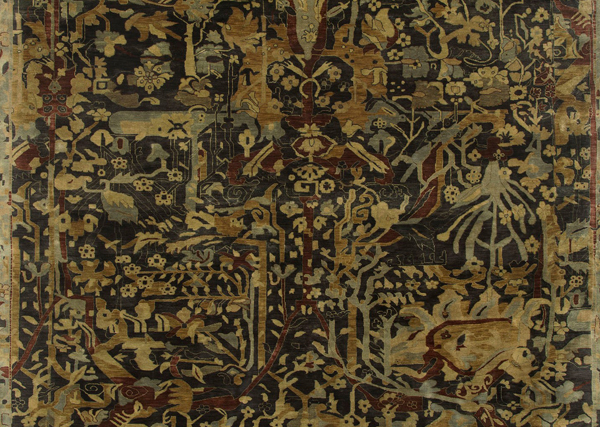 At Bazaar Velvet, we feel privileged to continue the story of these captivating traditional rugs. ‘Rajput’ our exciting new production, gives a fresh spin to this incredible style. Adjustments to scale and composition give a cleaner more modern finish, whilst the original antique charm of the Moghul design remains intact.Please feel free to explore the Bazaar Velvet website and contact us to discover more, or visit our showroom for the chance to see these beautiful pieces in all their glory.

Over the past 20 years, Goodweave have been working tirelessly to end child labour in the carpet industry. They take a holistic approach to their work, harnessing market forces to clean up supply chains, promote education and improve conditions for all workers. They have saved over 6,740 children from child labour and given over 25,476 a quality education. GoodWeave provide partners such as Bazaar Velvet Rugs, with the confidence that their rugs will never be made by child labour.
NEXT POST

What Makes The Perfect Abstract Rug

In every aspect of interior design consumers are increasingly seeking not only high functionality, but high style, and are embracing every opportunity to incorporate uniquely beautiful items into their home- personal pieces that will lift their mood from one day…

Over the past few years, the ‘over-dyed’ or ‘colour -reform’ rug has become an extremely desirable piece of decor. The fusion between vintage rugs and contemporary styles has captured the imagination of interior designers and creative homeowners alike, and their…

No type of contemporary rug design holds quite the same mass appeal of striped rugs. They have a clean, simple aesthetic yet are enriched with a sense of fun that can really lift a room. There are numerous different styles…

Rug Valuation – How much is a Hand Knotted Rug Worth?

Good quality carpets and luxury rugs can be worth large sums of money, especially if they are considered rare or antique. Earlier this month, a New York auction witnessed four bidders fighting over a 17th Century Persian rug, that sold…

From the Ancient Moghul Kingdom come some of the most majestic and mesmerising traditional carpets ever seen. Influences from Islamic Art to Persian Chinese Textiles combine with India’s Hindu background to create the deeply naturalistic designs that are associated with…